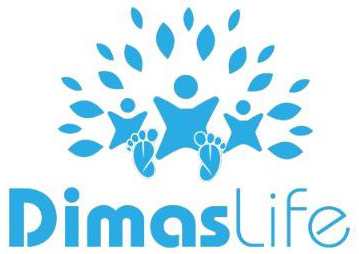 “There is no footprint too small to leave an imprint on this world.” – Cintron

Dimas Armani was a unique boy who meant so many things to quite a few people. His memory to those who loved him continues to live on. We refuse to let that energetic light go out.

He had dreams of being just like his father. When his class was assigned the task of figuring out who they wanted to be when they grew up, he always said: “I want to be just like my dad.” He was five then, but in his mind, he was more like 15. He had a way of bringing people together, no matter how extended a family member you were, he acted as if we were all related. If there was an event, he wanted us all to come.
There were times when he loved wearing a rosary. He was so grateful and happy all the time. He wanted to be a champion basketball player – he was awarded many trophies.

He was so set on being a big boy – he loved hanging out with my friends, calling them his own. When they called him ‘little D,’ he got so excited, he’d say “Papi! They called me ‘Little D!’”

Soon after that, he was diagnosed with brain cancer. That’s when the real fighting started. He was so strong. As it became harder for me to hide my feelings, he’d be brave for us both – he’d pray for me. He fought until the very end. Today, I have nothing but good memories.

Notes from those who loved him

“Armani came into this world to make a difference. I knew he was unique from the moment he was born. As a preemie that took this world by storm, he wanted everyone to get along and be happy. He would always introduce people that didn’t know each other so they could be friends too. He prayed for people when they were sick, and he prayed for his own little heart. He had such a golden heart.”

“When he was diagnosed, we told him he was a superhero, and there was a villain who was trying to take him down, and he had all the other heroes on his team helping him fight. And man, did he take that fight seriously! When his hair started to fall out, he wasn’t ashamed or embarrassed – he would take off his hat to show people. He said he was losing his ‘little kid’ hair and growing ‘superhero’ hair. Instead of being afraid of the needles he was being poked with, he used it as an opportunity to flirt with the nurses – they really loved him.”

“As Armani was leaving this world, I told him that he beat the cancer, he won the fight. Armani lives on in our hearts and our memories, but that cancer is dead. He was the first one to call me mommy, he was the one who taught me the meaning of unconditional love. He helped me appreciate every smile and every breath. He was so strong throughout the year he had cancer that it enabled me to stand on legs made of steel. If my son could smile through it, then so could I! I smile at the memories he left for me. I’m proud of the big brother he was to his siblings. He will always be my favorite superhero.“ –Samantha

“It didn’t take you very long to warm up to me. Before we even made it to the house, you were yelling “hey” every time I would turn my head away from you.”

“Armani was such a loving person. Despite being the tender age of seven, he had such a big heart and always wanted to bring the ones he loved together. He didn’t see the difference between his mom and stepmom, his dad and stepdad, or his brother and step brother. To Armani, we were all just family. We were his moms, dads, brothers and sister. He loved us all the same.”

“He was such an amazing little guy; if he had something other kids didn’t, he always wanted to share it with everyone. He thought about all his siblings; he didn’t want anyone to feel left out. He was the protector, the bigger brother. He was so serious when it came to watching over his little brothers and always made sure they got along. Even though his sister was older than him, he made sure to protect her too. He was such an angel on this earth with all the perfect qualities an angel would have. I am blessed to say Armani was my son, and I am grateful for the time I spent with him.” –Lindsey, Armani’s second mom.

“Armani was amazing. I was the first one to hold him the day he was born and that allowed us to have a bond that will never be broken. He had such great humor, He really disliked the shower, but when he was in, he changed his mind and said “momma, I don’t want to get out.” I miss his hugs and kisses. He changed my life for the better.” –Yanett

Armani had a way of melting your heart, my best memory was when he wanted to sleep over but momma had to work… so he would sneak over to me and whisper “Papa, can I stay with you?” He was smart and very affectionate. When he loved, He loved with everything he had. He is the strongest boy I’ve ever met.” –Sammy

“Armani I love you and miss you so much with all my heart. He was one of kind and he knew how to make you laugh. He always wanted to be a big boy. Thank you for all the love you have shown me, and edon. He misses play fighting with you or putting something together for you as well. Amazing strength you had.” –Love, Dotty

“A little over eight years ago, a very special person came into my life. His name was Armani!! He changed my life in ways he never knew. I was honored to be his godfather, but to me, he was much more than a godson – he was my world, my everything. I became another dad to him, and he gave me so much more; the way he fought and lived each day was such a motivation to many; the way he loved everyone and at such a young age was wise beyond his years. Armani lives on in me and in the hearts of so many. He was and is an inspiration to everyone he met and to so many he never met who will only know of him through the legacy he leaves. He was a warrior, a fighter, and I’m very proud to call him a son. Armani will be missed but never forgotten. I once read that Spartan mothers would tell their children before sending them off to battle, “Come home with your shield or on it.” It was a message of courage and honor and Armani is the very definition of a warrior. What really made him special was the love he had for people – a love we should all share.” –David, Armani’s godfather

“He wanted to be just like me. He wanted to work with me, get married and live with me. He played basketball and won trophies. That 400 people came to his memorial service is quite telling of his little spirit and how much he meant to those who met him.” My hero, my everything. You will always be in my heart and we will continue to make a difference in your name.” –Dimas, Armani’s dad

Vanessa:
“I give her a lot of respect for her super hero’s that sent to him to inspire him and keep his up high. Thank you! Now he is the ultimate super hero, that will be displayed to other kids in a form of a medal.”

Contact advise from our experts about your most pressing issues or areas of interest.